A student works on a computer in the quad area at California State University, Stanislaus. 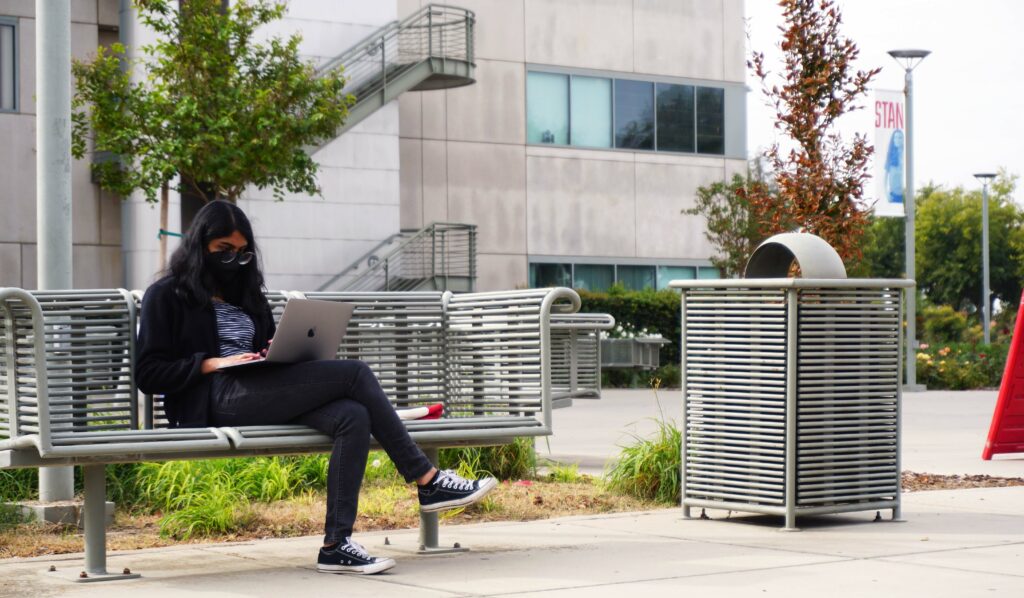 A student works on a computer in the quad area at California State University, Stanislaus.

As thousands of California students apply for admission in 2022 to state colleges and universities, a big question remains unanswered for many: how to pay.

This confusion, due in part to inadequate communication from institutions, leads to many more students than necessary to take out loans. Nearly 4 million Californians owe $ 147 billion in student debt, according to the Student Borrower Protection Center, and more than 500,000 are past due or in default. Although this is only a fraction of borrowers, it still represents half a million students facing a difficult financial future. This is especially a problem for black or Latino residents who have higher default and delinquency rates than others, a new report notes.

In an effort to reduce debt problems, the state is preparing to hire its first student loan ombudsperson by the end of the year, and a panel of experts recently told the California Student Aid Commission – the agency responsible for managing the Cal Grants – that the state should make significant changes to help students manage college costs.

Better communication would prevent some students from borrowing money they don’t need, said Robert Shireman, panelist and director of higher education excellence at the Century Foundation.

“It’s about helping people access the resources that are there,” he said. “Knowing that you can get a Pell Grant or a Cal Grant can help a student plan and take advantage of these options. “

Despite seemingly shocking debt figures, California is a relatively low-debt state. Although the high cost of living dramatically increases student spending, the state’s public colleges and universities are much more affordable than those in most states, and Cal grants and college-specific scholarship programs help. cover the remaining costs.

Brendan Rooks, 22, a University of California Riverside student, is about to graduate with $ 10,000 in student debt. Although he has less debt than many of his classmates, he is frustrated with what he says is a lack of information on scholarship options.

“There’s really no one to talk to,” said Rooks, who added that he learned more from his work with the center’s student debt advocacy group than from anyone on campus. “It’s crazy that we are asking 18 year olds to make these financial decisions.”

Communication has been a challenge, admits Shawn Brick, executive director of student financial support at the UC system. Students are bombarded with important information, especially when entering college for the first time, so major financial details tend to get lost in the fray.

“Colleges and universities are finding that we need to step up the way we communicate with students,” said The Brick. “Most of the time, we default to our email, and many of our students aren’t as diligent in checking their email as they were 20 years ago. “

California is set to hire a student debt mediator to answer questions and help borrowers navigate repayment, and a state panel has recommended other changes to make life easier for borrowers. Here is information about the proposals and student debt in California:

Confusion and lack of accurate information tend to hit the most vulnerable students the hardest. The California Student Aid Commission report notes that neighborhoods with more black or Latino residents have higher default and delinquency rates than others, even when those neighborhoods have comparable income levels.

And black borrowers with a bachelor’s degree have nearly 50% more student debt than their white peers four years after graduation, according to the Brookings Institution. Part of the problem is that black students are more likely to attend for-profit colleges, which are often more expensive and grant degrees less appreciated by potential employers.

The nonprofit Institute for College Access and Success notes that more than half of students at 55 colleges or universities in California borrow and experience repayment issues; 49 of these schools are for-profit.

Veronica Williams, a 29-year-old Sacramento resident, recently graduated from Grand Canyon University, a largely online for-profit institution based in Arizona. Between her graduate studies and her undergraduate studies at Cal State Sacramento, she owes $ 100,000 in student debt.

Williams, who grew up in the foster care system before being adopted by an aunt, said she was poorly advised by parents who urged her to stop repaying her loans. She ignored them, but says other borrowers need reliable advice to counter problematic suggestions.

She was able to maintain her payments, but her debt made it difficult for her to pay for her housing and car, and this may prevent her from returning to school for her doctorate.

“The reality is it’s scary because of my student loans,” she said.

The State Aid Commission hopes to help graduates like Williams by bolstering California’s resources for student borrowers. The commission’s expert group recommended a “triage model” that would assess borrowers’ needs and how best to deliver that help, whether that be self-service responses on a website or through self-service. legal aid from a non-profit group.

The panel also recommended improvements to the way schools offer financial options to prospective students. He cited a Texas requirement that high schools teach students about college affordability, which has increased the number of students seeking financial aid and those opting for lower-cost loans.

“California is one of five states without a personal finance standard or requirement,” the panel noted.

Much of the responsibility for reducing loan use lies with the colleges themselves. Student debt varies from campus to campus, even among schools with similar costs.

On California State University campuses, for example, the total cost of attendance is between $ 20,000 and $ 25,000 at most schools. But, according to the Institute for College Access and Success, the debt ranges from $ 11,400 for graduates at Cal State Bakersfield to $ 24,300 at Humboldt State.

And at the University of California, where annual student costs hover around $ 30,000, average student debt ranges from around $ 18,000 at Berkeley and Merced to over $ 22,000 at UCLA. The university is trying to eliminate the need for student loans for many students, said The Brick.

“It’s not just the problem of borrowers who need this information, where everything depends on them,” said Seng, who was on the panel of the aid commission. “Institutions and loan officers also have some responsibility. “

Parents, students and schools should start discussing how to pay for college long before a decision is made, said Scott Hagg, associate vice president for enrollment management services at Cal State San Marcos. The campus, near San Diego, has tried to help students find better ways than loans to pay for the area’s tuition and high cost of living.

“I think we have to be honest and real with people about the consequences of taking out a loan,” he said. “Loans are not a bad thing. I just don’t think it’s reasonable to mortgage our future to attend a top-notch school.

Do you rely on EdSource reporting on a daily basis? Donate today to our end of year fundraising campaign by December 31st to allow us to continue without a pay wall or advertising.

Accessibility (or lack thereof) in the current ...