The Biden administration struggles in court to preserve a key part of its racial equity agenda – $ 4 billion in debt relief for socially disadvantaged farmers and ranchers who have faced decades of discrimination in USDA loan programs. The government filed a 40-page brief on Friday in a key Wisconsin case brought by white farmers who claim the program violates the constitutional guarantee of equal protection.

White farmers are seeking a preliminary injunction to shut down the program while the case is being considered. But the government’s brief said that an injunction “would impose serious hardship on minority farmers: those who are in bankruptcy will not get debt relief, those seeking future FSA loans will have their closure delayed.” , and those disproportionately at risk of foreclosure could lose their farms ”.

The government maintains that the injunction is also unnecessary. Because the funds allocated “are not limited and will not expire, the plaintiffs can obtain any monetary compensation they seek at the conclusion of this case if they are entitled to it,” the brief said.

U.S. District Judge William Griesbach issued a temporary restraining order on June 10 that halted any progress in securing payments to targeted farmers and ranchers while the injunction request is pending. The judge said the government had not been able to demonstrate “a compelling interest in the racial classifications” used to distribute aid.

Debt relief, which includes repayment of direct and guaranteed loans and an additional 20% to cover taxes for these payments, is intended for “socially disadvantaged” farmers and ranchers as defined by law: Black / African American , American Indian, Native Alaskan, Hispanic / Latino, Asian or Pacific Islander. It does not include Caucasian women and is not capped; the $ 4 billion is an estimate.

Agriculture Secretary Tom Vilsack and Chairman of the House Agriculture Committee, Georgian Democrat David Scott, have strongly criticized the Wisconsin lawsuit and others filed across the country.

Scott, who previously called the lawsuits “racist,” thanked Vilsack in a statement Monday for filing the case. “This shameful lawsuit is the worst racial discrimination against our nation’s black farmers and socially disadvantaged farmers – and I don’t say this lightly, because white farmers already own 98% of all farmland in the United States and black farmers own only one percent. . ”

Vilsack, in remarks earlier this month to the Biotechnology Innovation Organization, said white farmers were not included in debt relief legislation because “they had the full access to all programs in the last 100 years ”.

In addition to the Wisconsin litigation, the USDA faces similar challenges in six other such cases pending in the country, in Texas, Florida, Illinois, Tennessee and Wyoming, where the plaintiff is Leisl Carpenter. , a white woman. A hearing on white farmer Scott Wynn’s preliminary injunction motion was held in Florida last week before U.S. District Judge Marcia Morales Howard, who could render a ruling any day. Perhaps more importantly, Texas Agriculture Commissioner Sid Miller is also suing; Miller brought the action in his capacity as a private citizen, not in his official role.

The National Black Farmers Association and the Association of American Indian Farmers have filed friend briefs supporting government in Wisconsin, Texas and Florida.

In their Wisconsin brief, these groups said their members, “financially vulnerable farmers and ranchers, have made plans based on their expectation of receiving debt relief under government legislation.” Thus, in the event of an injunction, unlike the plaintiffs, they would suffer real and palpable harm.

The federal judge said, however, that the government had not established that the debt relief program “targets a specific episode of past or present discrimination”.

“Defendants cite statistical and anecdotal evidence of a history of discrimination within the agricultural industry”, but they “cannot rely on a” widespread claim that there has been past discrimination in an entire industry “to establish a compelling interest,” he added, citing a 1989 Supreme Court ruling that found that a minority contracting law in Richmond, Va. violated the equal protection clause of the 14e Amendment.

Aside from a “summary of statistical disparities, the defendants have no evidence of intentional discrimination by the USDA in the implementation of recent farm subsidies and pandemic relief efforts,” Griesbach said. .

Interested in more news on agricultural programs, trade and rural issues? Sign up for a four week free trial of Agri-Pulse. You will receive our content – absolutely free – during the trial period.

But the government said minority farmers have been discriminated against for decades, and the complaints they make often lodge and do not right the wrongs.

In its brief, the government declared its “compelling interest in repaying the debt to [socially disadvantaged farmers and ranchers] is twofold: to address the lingering effects of previous discrimination against minority farmers in USDA (and other) loan programs, and to prevent public funds from being allocated in a way that perpetuates the effects of discrimination. “

Brian Fitzpatrick, professor of law at Vanderbilt and author of The conservative case of class actions, Told Agri-Pulse this “The government is allowed to use racial measures to address its own past discrimination. It counts as a “compelling interest”. The measures have yet to be tightly adapted, but they are allowed in theory. “ 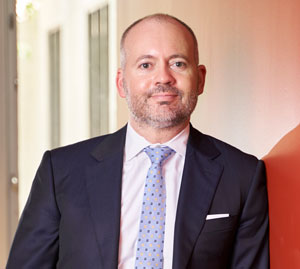 Minority farmers “have long experienced inequalities in the administration of agricultural loans by the FSA,” the brief said. The brief cited, among other evidence, a 1982 report by the United States Commission on Civil Rights, a 1997 report by a USDA Civil Rights Action Team, and testimony from a series of congressional hearings. between 1999 and 2015.

The brief also challenged the claim by white farmers that the government had cited only “widespread allegations of discrimination in society and agriculture.”

“Rather, the government has relied on a myriad of specific instances of past discrimination within USDA lending (and other) programs and the lingering effects of that discrimination – including disparities in credit rates. delinquency and foreclosure – to justify its corrective relief specific to these loan programs. “

For example, the USDA cited evidence indicating that “almost all of the USDA’s Market Facilitation Program (MFP) payments, … and almost all of the $ 9.2 billion provided through USDA’s First Coronavirus Food Assistance Program (COFOG), went to non-minority farmers.

Republican debt relief critics, including Austin Scott, a senior member of the House agriculture committee, said the Pigford a class action lawsuit, launched over a decade ago for discrimination against black producers, should have been sufficient to resolve the historic problem of discrimination.

But Pigford did not fix the issues, the USDA said. “Although the USDA settled the lawsuits and paid the plaintiffs more than $ 2.4 billion, state taxes eroded collections, debt relief was incomplete, and reports submitted to Congress showed that regulations have not solved the problems faced by minority farmers, ”the brief said.

Wisconsin plaintiffs are expected to respond to the USDA’s brief on Wednesday.